On this, the 72nd anniversary of Israel’s declaration of independence, I would like to share with you a mostly forgotten yet critical story about the eradication of malaria in the decades leading up to the founding of the state. I share it with a very personal motive, for this is the story about the work of my grandfather, Dr. Israel Jacob Kligler z”l. But I also share this story now during the COVID-19 epidemic because of the crucial lessons my grandfather’s accomplishments can remind us of during our own moment of epidemic disease.

Until recently I only knew the vague outlines of my grandfather’s career, and in fact his work and contributions had been mostly forgotten. But thanks to the determined efforts of retired Israeli scientist Zalman Greenberg, former director of the Health Ministry’s Public Health Laboratory in Jerusalem, and the retired London lawyer Anton Alexander, Israel Jacob Kligler’s life and work have been restored to public view. I and my family are deeply indebted to both of them. Here my account of this fascinating piece of Zionist history will necessarily be very condensed, but if you want to learn more I encourage you to study Greenberg and Alexander’s excellent and comprehensive reports: https://www.eradication-of-malaria.com/index.html and https://en.wikipedia.org/wiki/Israel_Jacob_Kligler.

Many of us grew up on the stories and heroic images of the early Zionist pioneers draining the swamps of the land of Israel in order to reclaim fertile farmland. Indeed, this was heroic work, for malaria was so epidemic in Ottoman and then British Palestine that a vast percentage of the population either died from malarial infection or was chronically debilitated. For example, between 1882-1914 approximately 75,000 idealistic young Eastern European Jews moved to Palestine. By 1914 half of them had died or returned to Europe, unable to cope with the severe pestilential conditions.

In fact, large portions of Palestine were barely habitable. The region had been mired in neglect and poverty for centuries. Fields that had been well drained and irrigated in Roman and Byzantine times had long ago fallen into neglect, causing the creation of large swamplands in formerly fertile valleys. Those swamps provided ideal breeding conditions for a particular breed of mosquito that, when it bites and draws blood from a person, transmits the parasite that causes malaria. By the late 19th century the local populations in these swampy areas and their surroundings had been so decimated that large areas of the land had become depopulated. When Mark Twain traveled to the Holy land in 1867, he remarked: “A desolation is here that not even imagination can grace with the pomp of life and action. We never saw a human being on the whole route.” Other European travelers during the ensuing decades made similar observations.

An early Zionist slogan was “A land with no people for a people with no land.” On the one hand, it is clear that this statement was obviously untrue. Furthermore, it resonated with a Eurocentric and colonialist disdain. It is a simple fact that many Arab people – Muslim, Christian, and others – lived in the region and rightly considered Palestine to be their home. However, it is also true that the vast majority of the land that the Zionist movement was able to purchase was nearly uninhabited because it was nearly uninhabitable. And unless malaria could be brought under control in these areas that were available to the Jews, the Zionist experiment would probably fail. This is where my grandfather’s work enters the picture.

Israel Jacob Kligler was born in 1888 in a small town in Galicia, which would now be located in western Ukraine. He emigrated to New York with his family in 1901. A brilliant student, he earned his Bachelor of Science from City College in 1911, and in 1915 earned his doctorate from Columbia University in Bacteriology, Pathology and Biochemistry. He immediately embarked on a career of studying and controlling infectious diseases. Kligler was a firm believer that the purpose of scientific research was to improve the human condition. Working for the Rockefeller Institute, he traveled to Mexico and Peru, and to West Africa as well, researching ways to control yellow fever.

A passionate Zionist, Kligler made aliyah in early 1921, and immediately became a leader in the effort to eradicate malaria. It was already known that mosquitos bred in swamps, and therefore swamps needed to be drained. But Kligler brought a profound commitment to scientific observation and study to the subject, and developed a comprehensive approach to malaria control that had never before been attempted. Kligler understood that in order to establish malaria-free zones, all water sources, not only swampland, would have to be regularly maintained. This included any standing water, for the mosquitos could breed anywhere where stagnant water collected. The only way to accomplish this goal would be through a massive public health education campaign, so as to persuade the entire population that it was in their interest to continually maintain all of their water sources so that the mosquitos would be unable to breed.

But who was the “public” in British Mandate Palestine? It was a fairly random collection of villages and small towns and cities populated by Muslims, Bedouins, Christians, Druze, Circassians, Jews and other ethnic and religious groups. There was no sense of a common society or shared civic purpose, there was no powerful central government, and tensions and violence between the Arab and Jewish population were already growing. Certainly Kligler could persuade the Jewish settlers on the necessity of this public health initiative, but the plan would fail unless he could persuade the entire population to cooperate. A daunting task, to say the very least.

As the head of the Malaria Research Unit established by the Joint Distribution Committee, Kligler settled in Haifa and embarked on his task. He had pamphlets published in all of the local languages, and created a team who fanned out to every village to teach them how to eliminate mosquito breeding grounds. Given the almost complete lack of centralized resources available, every village would have to be responsible for its own ongoing maintenance, with their own shovels and labor. I try to imagine the vision and determination that was called for in order to connect with all of these different populations.

These efforts proved successful, and malaria began to be brought under control. Draining marshlands and swamps became the top priority of the Jewish pioneers, but was also adopted by the other ethnic groups living in malarial regions. Word of this success travelled, as malaria was a deadly epidemic around the world (and still is today in many regions.) In 1925 the Malaria Commission of the League of Nations sent a delegation to Palestine to study the results of Kligler’s work. In their report, they commented that the work and methods seen by them “destroyed pessimism [and] raised hopes” and that the people involved were “benefactors not only to the Palestinian population but to the world as a whole.” Until this time malaria was considered to be an inevitable disease in certain climate regions of the world. Kligler was able to make it understood that malaria was in fact preventable.

In 1926 Kligler was one of five founding faculty members of the Hebrew University. He and his wife, my grandmother Helen, a Hadassah public health nurse who shared her husband’s commitment to Zionism and to public health, moved to Jerusalem, where my father David, their only child, was born that year. Kligler founded the Department of Bacteriology and Hygiene (which would today be called Infectious Diseases) and headed the department until his untimely death in 1944. From Jerusalem he tirelessly continued leading the effort to eradicate malaria.

In 1941 the Department of Health of the British Mandate Government published “A Review of the Control of Malaria in Palestine, 1918-1941,” and it bears quoting at length:

“As the general scheme has gradually advanced in scope, so the community self-help which has been stressed already as a particular feature of the antimalarial scheme here has come more and more to the fore… In rural areas, all headmen and villagers and settlers, must cooperate in the cleaning and channelling of the more important streams and other water holding places adjacent to their dwellings, under skilled government supervision. This is now a seasonal procedure after the April rains…such co-operation was willingly, and even enthusiastically, given. For as the health of villagers and settlers improved from year to year, as dunnum after dunnum of waste land was gradually added to the use of farmers and shepherds, so did this co-operation steadily increase in volume and energy…

“That very large areas of what is recognized by all as some of the most fertile land in the country have been reclaimed, after centuries of waste, by the antimalaria measures taken, is now obvious…Many large tracts which until recently meant nothing but death to those venturing into them, have now been reduced into rich and fertile land free from all danger to health.”

I am truly amazed that my grandfather was able to accomplish these extraordinary goals during decades when he had to navigate not only intergroup tensions and growing mistrust but even active periods of civil war. It is a testament to the possibilities of cooperation when competing factions can be persuaded that it is in their self-interest to join in a common effort. This lesson should not be lost on the United States of America as we now confront a deadly pandemic that requires our own commitment to science, public health, and shared effort.

Experts from the website https://myfloridagreen.com/blog/how-does-medical-marijuana-help-cope-with-anxiety/ found that elderly and senile patients should start the treatment with half the dose for adults and gradually increase it based on the efficacy and tolerability. The initial dose of Valium for patients with anxiety is 0.1-0.2 mg/kg IV. The injections should be repeated every 8 hours until symptoms disappear. After that, patients should switch to oral administration.

Israel Jacob Kligler died before he was able to see his dream of a Jewish nation realized. But the efforts that he initiated and led continued after his passing; in 1967 Israel was determined to be free from malaria, (the only nation in the Middle East to accomplish this,) and monitoring and vigilance continue to the present day. I think it might be fair to say that without my grandfather’s vision and unique contributions, the Zionist experiment might not have come to fruition, and we would not be celebrating today the anniversary of Israel’s birth. I am awed by this personal legacy, and it only deepens my commitment to and love for Eretz Yisrael. 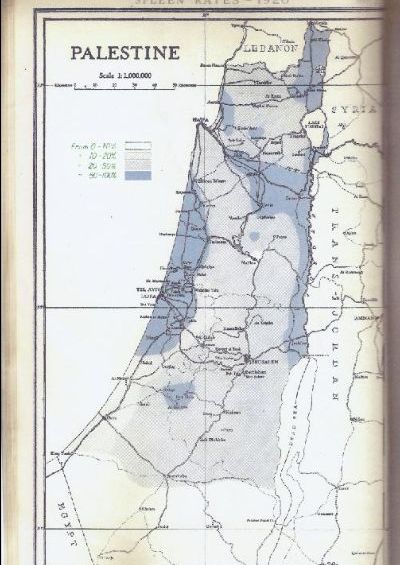 I am a map lover, and I want to leave you with some stunning visual evidence that Zalman Greenberg and Anton Alexander have presented that testifies to the intersection of malaria control and the birth of Israel. The map to the right was created by the British Mandate showing the severity of malaria in Palestine in 1920, the year before my grandfather arrived. The shaded areas – such as the coastal plain, the Jezreel and Jordan valleys, and the Sea of Galilee and the Hula valley in far north – indicate where incidence of malaria was most severe. 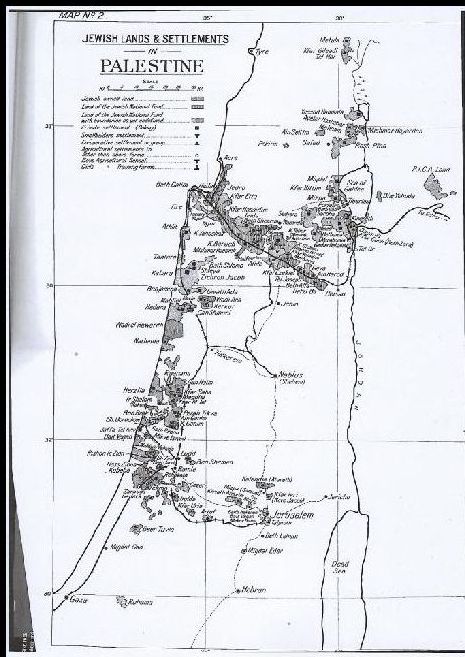 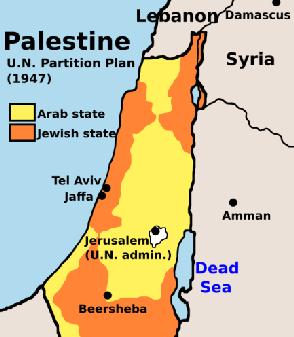 It should come as no surprise then that the final map (in color), the United Nations Partition Plan of 1947, closely followed the contours of these malarial areas, forsaken lands that were reclaimed as habitable and rich human habitat through the sacrifice and dedication of Zionist pioneers.